The second part of the Erasmus 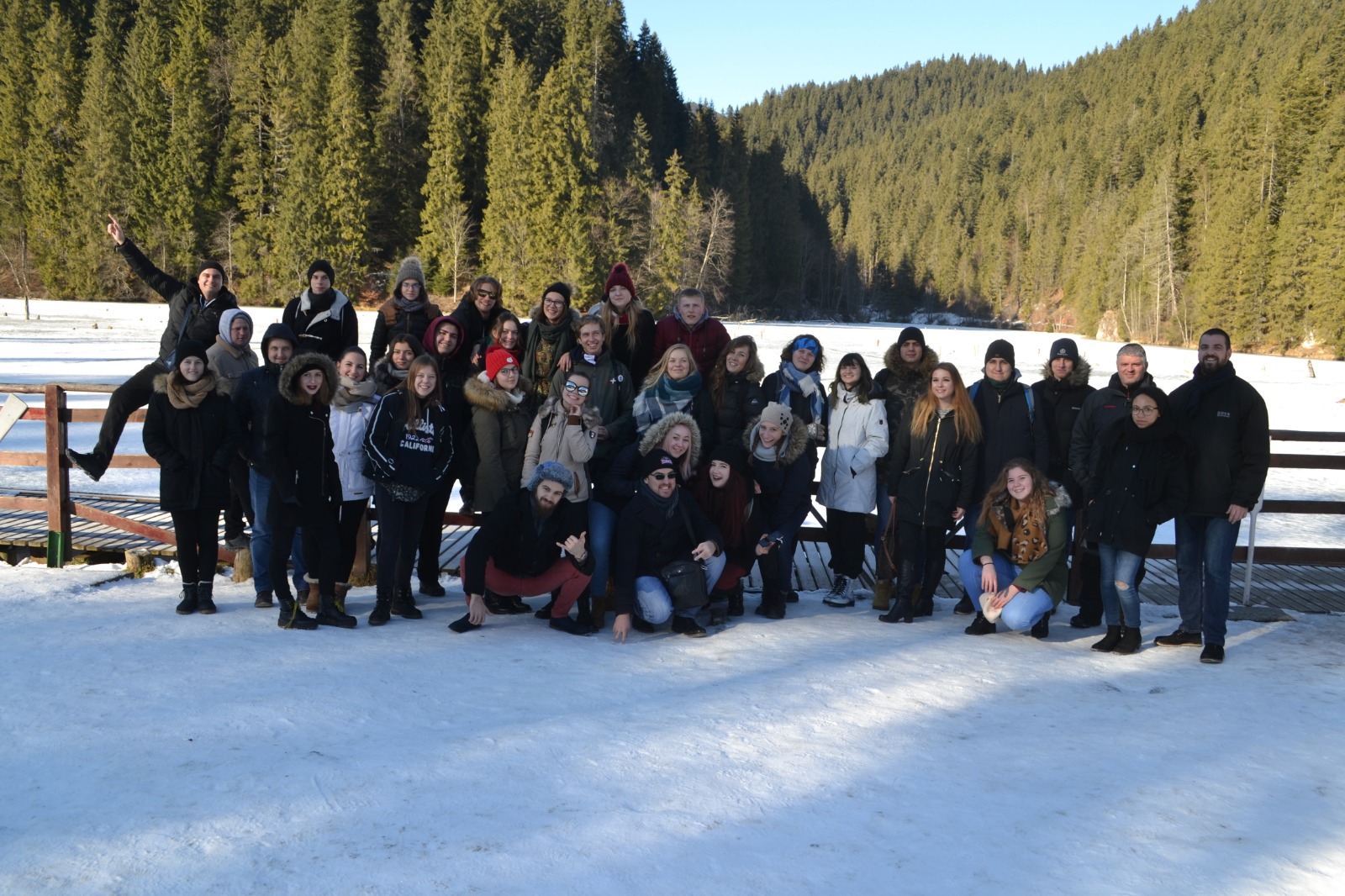 The second part of the Erasmus+ project was organized in Gheorgheni between 11-19 January.

The participants had arrived to Gheorgheni from different countries such as from Poland, Czech Republic, Serbia, North-Macedonia and from Hungary, to this Erasmus+ project whose title was Democracy in EU and Beyond.

At that evening they made the registration and after that they started to get to know each other. In the morning they started to work. In the beginning of the activities the first thing was to create the ministries of their country. Every ministry had their own things to do e. g Food Ministry, Party Ministry, Cleaning Ministry and the country had a prime minister who was elected by the participants. In that day, they made their first parliament. Near this things the participants had to create during the week a national holiday, a hymn and a flag for their country. In the afternoon they had a city visitng program. In the evening the participants had dinner at different families who live in Gheorgheni.

A day after that, they started to work in ministries and they took part in different activites and simulation games, in order to prepare for the outdoor of next day. After this they learnt about organizing an event through non-formal methods. After the dinner, they made their first intercultural night and the first two country was Poland and Hungary.

On the following day they had the outdoor survival program which contained a lot of taks and quizzes. For this outdoor they had to create 4 groups and every group had a group leader who was a local participant. Every group had a direction so the groups started to go in 4 different directions. In this places they had got their first task then from there after every task which they could resolve they arrived in a new place, where they got their next location where they have to arrive and near this they got a new task too. In ton the end of the task they arrived back to the Rubin Hotel, then with the locals they went to a hockey game because the local hockey group was playing.

On the next day participants took part in the evaluation of the outdoor activity and different workshops related to democracy and had their mid-term elections. The participants of the Erasmus+ youth exchange met with local politicians, so with Barti Tihamér who is the vice-president of Hargita county’s council and with Len Emil-Balázs who is the vice-mayor of Gheorgheni. After this meeting they made a new democratic election for an other prime minister for their country. After dinner they had their next intercultural night which was made by Serbia and Czech Republic.

On the 6th day the participants had an excursion to the Red Lake, where they visited the lake and the other places near the lake, where they learnt about the importance of environmental protection and how local democracies need to keep safe their natural resources. From there they went to the tiroli place where everybody got beautiful experiences. In the afternoon they arrived back to the hotel. During that day they had a program where they made some handmade material. In the evening they went to have fun in the local bowling place. In the future they sold this things which was ade by them. In the evening they made an other intercultural night and in that evening with Romania and North Macedonia.

In Friday the participants went to the center of the town so in the park and they sold the handmade materials, they sang with instruments so they made a good atmosphere in the town and they could catch the attention of the locals. They had some activites organized by them and prepared for the National Holiday. They finished the day with their daily evaluation and then they had a free evening, where they could join the workshop or just enjoy the evening.

On Saturday they had their country’s national holiday where the participants presented the Erasmus+ program for the locals. They showed the details of the program, what did they go in the project, what did they learn. In the afternoon the ministries organized their final activities, which were small workshop about democracy and made the final youthpass. evaluation where they could self reflect. Then every particiant got his/her own Youthpass which is a certification about being participating in that program. In the end of the day they had a farewell party which was very good.

On the last day we had an evaluation where everybody could say his/her own opinion about the project, what did they like or what was good or not and the program was that what did they expect or not. Afterwards the participants and organizers cleaned up and everybody went home with the hope that they will meet again somewhere in the future.